Is there a trail camera that can send pictures to your cell phone for free?

Yes, there is one trail cam that will send photos to your phone via a mobile app for free.  It’s the Spypoint Link Micro and its available for just $119 from multiple suppliers.  It sends the first 100 pictures to your phone for free each month. 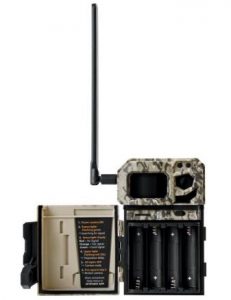 Setting Up Your Cellular Camera And Mobile App

All you need to do is download the Spypoint mobile app which is available for free on both Android and IPhone.  It will prompt you to activate your camera directly within the app.  After that you can change the camera settings within the app as well.

You will get the first 100 pictures sent to your phone for free each month.  If you want more its just $10 per month to transmit an unlimited number of photos.

The initial images it sends are not HD.  It transmits a lower quality image at first to save bandwidth, and then you can request which images you want to see in full HD.  HD images are $5 per 50.

All of the HD photos are stored on your SD card just like they normally are with a non cellular game camera.

One nice feature that can be added on is a long range cellular antenna.  This will boost your cell signal in areas with poor reception.  You can find it on Amazon for under $60.

What is the difference between wifi and cellular trail cameras?

Cellular trail cameras use a cellular network to transmit images or video just like your phone would.  They can be located nearly anywhere, as long as the location has a strong enough signal for your cellular network.

A wifi trail camera would require a separate wifi network to transmit the photos.  This makes the wifi cameras much more limited in where you could use them.

A wifi camera could be a good choice if you plan to use the camera at your home, office, camp, or other location that has a reliable wifi signal.  The one benefit these cameras have is less cost, since most of the locations you would use it you probably already have wifi.

For hunters who are looking to scout for their favorite wild game, a cellular game cam is a much better option.  Especially since cell network coverage keeps improving.  When you consider that companies like Spypoint have unlimited photo plans for just $10 per month, a cellular trail cam is a much better hunter who does a serious amount of scouting.

The one disadvantage of the Link Micro is that it can’t take videos.  I assume this was done to make the camera so affordable, so I don’t mind one bit.  Video transmission would be much more expensive so I wouldn’t ever use it on a cellular camera.  Considering its the only camera on the market that doesn’t require a paid data plan, I’m more than ok with giving up video for that.

Overall the Link Micro has been an amazing little camera that can do a lot that its competitors can’t.  You can’t really ask for more in such a budget friendly camera.  Its very affordable in terms of both the up front camera cost, and the monthly data transmission charges (or lack there of).